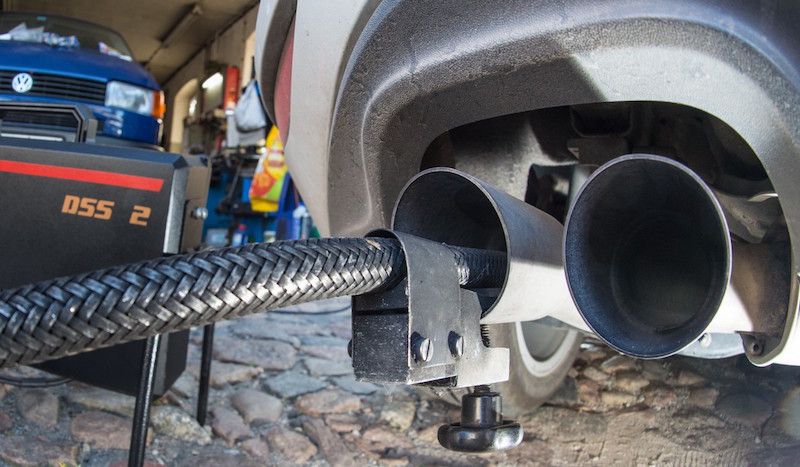 A friend of mine has debated for several years on using AMSOIL in his cars saying that it was too expensive. I have tried to tell him that in the long run it is cheaper.

About three weeks ago he came to me and said his car will not pass New Jersey State inspection because it smokes when accelerated and did not think using AMSOIL would get the car to pass inspection by eliminating the smoking. I told him that if his oil rings were in fair shape, AMSOIL would most likely stop the smoking when accelerating. The inspector told him he would have to have the motor over-hauled.

He purchased 4 quarts of AMSOIL 10W-30, Engine Flush and a filter.

He stopped last night (March 19, 2002) and told me that his car passed inspection with flying colors and the only thing he did was to use the AMSOIL Engine Flush and the 10W-30 Motor Oil.

He was planning on over-hauling the engine this summer, but since the car passed inspection he has decided to see how many more miles he can go before he must rebuild the engine. The car presently has 220,000 miles on it.

He has now decided to convert his other car and his pick-up truck to AMSOIL.

I have never see a person so excited and happy as he was when he stopped here. he had just come from the inspection station and couldn't wait to tell me that AMSOIL is more than he expected. he has noticed the easier starting on cold mornings; no more valve lifter clacking and oil pressure is there as soon as he starts the car.

We have another satisfied and happy customer.