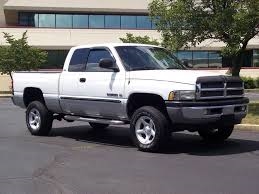 Remember those Saturday afternoons as a kid watching your dad change the oil in the car? Remember the setup for the job? How he opened the oil plug, released the blackened oil into the pan underneath, then, after the drain, poured new oil into the engine?

If you're more than 30 years old, the new oil most likely was petroleum based. And your dad swore by it and the importance of repeating the ritual every 3,000 miles. However, AMSOIL synthetic motor oils have led the way to better performance and extended drain intervals for 30 years.

Lyle Reinier of Mesa, Ariz., found out the hard way that he can save time and money, as well as wear and tear on his vehicles with AMSOIL. I spent a lot of money on oil, he said, adding that his hobby of running Kawasaki KLX 300 dirt bikes increased those expenses.

Reinier, an inventory analyst for Boeing, admits old-fashioned stick-to-it-iveness made him reluctant to use synthetics, although he heard only good reports about AMSOIL as early as the 1980s.

Later, when he started using synthetics, he couldnt easily find AMSOIL. Now its everywhere, he said. Last year, Reinier did some research on the AMSOIL website, found he could get everything he needed and became a Preferred Customer. He put AMSOIL 10W-30 motor oil in his 2001 Dodge Ram pickup truck, ATF in the transmission, AMSOIL 75W-90 Gear Lube in the differentials and installed an AMSOIL Super Duty Air Filter. He runs the Ram hard, hauling a 25-foot, 4,200-pound travel trailer through the Arizona heat. In April 2001, Reinier made a trip up Five Mile Hill near Cottonwood, AZ, using Mobil 1 and Dodge-recommended Mopar +4 tranny fluid. In May of this year, he made the same trip, only this time he had AMSOIL lubes bumper to bumper.

On the first trip, the Ram struggled to maintain 40 mph and the engine temperature went to 240 degrees. This May, with the AMSOIL lubes, the Ram pulled the trailer at 50 mph and the engine temp stayed steady at 210 degrees, Reinier said. AMSOIL is my oil from now on, and Im just sorry I didnt start using it a long time ago when I first knew about it. Its amazing stuff, he said. And, it lasts the time of five oil changes! Thats a big savings. Im telling everyone I know about it, and that its not only the first in synthetics, its the best.